“Floorball continues to grow in popularity here in the States. Hockey programs have started to use Floorball as an important off-ice training tool.” says Anders Buvarp, organizer of the Qualifiers and a native of Sweden, where Floorball became wildly popular during the 1970s and is now the second largest team sport with over 120,000 registered players.

“The USA Women’s Floorball Team is extremely proud to host the WFCQ on American soil for the first time ever. This matchup will only have positive effects on growing the sport of floorball in the US. We’ve been fortunate to have had a strong team in the past and are pleased to announce that we have some fresh talent that will take us to newer and greater heights and are excited for what the future holds” says Alyssa Zinsser, General Manager of the women’s national team.

USA Floorball is also organizing a Men’s development camp, led by Men’s Under-19 and Senior National Team Coach Joel Olofsson. This camp is in preparation for the Men’s U19 World Championship in May 2019, to be held in Halifax, Nova Scotia. The event in Halifax is the first Men’s U19 World Floorball Championships held outside of continental Europe.

In conjunction with the qualifier, the Secretary General of the International Floorball Federation, John Liljelund, has offered to conduct a very valuable 2-day Coaching Education seminar hoping to increase the knowledge of the game to anyone interested.

“We hope that Detroit locals and ice hockey enthusiasts of all ages will come out to watch USA compete against Canada and experience the excitement of Floorball first hand.  We can always use the support of USA fans in the stands when facing Canada.” says Calle Karlsson, President of USA Floorball.

Admission to the USA vs Canada matches is $8 at the door.  Tickets can also be purchased online here.

Donations supporting USA Floorball and co-host Detroit Floorball are strongly encouraged. The action begins Friday, February 8th at 7PM EST, with a second leg the following day, Saturday, February 9th at 7PM EST. The aggregate score between the two matches will be used to determine who will travel to Switzerland in December. 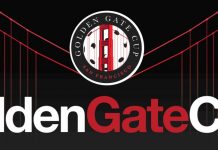